Surgery is the only curative therapy for gastric cancer but most operable gastric cancer presents in a locally advanced stage characterized by tumor infiltration of the serosa or the presence of regional lymph node metastases. Surgery alone is no longer the standard treatment for locally advanced gastric cancer as the prognosis is markedly improved by perioperative chemotherapy. The decisive factor for optimum treatment is the multidisciplinary team specialized in gastric cancer. However, despite multimodal therapy and adequate surgery only 30% of gastric cancer patients are alive at 3 years.

The same principles that govern open surgery is applied to laparoscopic surgery. To ensure the same effectiveness of laparoscopic gastrectomy (LG) as conventional open gastrectomy, all the basic principles such as properly selected patients, sufficient surgical margins, standardized D2 lymphadenectomy, no-touch technique, etc., should be followed.

LG may be considered as a safe procedure with better short-term and comparable long-term oncological results compared with open gastrectomy. In addition, there is HRQL advantages to minimal access surgery. There is a general agreement that a laparoscopic approach to the treatment of gastric cancer should be chosen only by surgeons already highly skilled in gastric surgery and other advanced laparoscopic interventions. Furthermore, the first procedures should be carried out during a tutoring program. Diagnostic laparoscopy is strongly recommended as the first step of laparoscopic as well as open gastrectomies. The advantage of early recovery because of reduced surgical trauma would allow earlier commencement of adjuvant chemotherapy and the decreased hospital stay and early return to work may offset the financial costs of laparoscopic surgery.

The first description of LG was given by Kitano, Korea in 1994 and was initially indicated only for early gastric cancer patients with a low-risk lymph node metastasis. As laparoscopic experience has accumulated, the indications for LG have been broadened to patients with advanced gastric cancer. However, the role of LG remains controversial, because studies of the long-term outcomes of LG are insufficient. The Japanese Gastric Cancer Association guidelines in 2004 suggested endoscopic mucosal resection or endoscopic submucosal dissection for stage 1a (cT1N0M0) diagnosis; patients with stage 1b (cT1N1M0) and cT2N0M0) were referred for LG. Totally laparoscopic D2 radical distal gastrectomy using Billroth II anastomosis with laparoscopic linear staplers for early gastric cancer is considered to be safe and feasible. Laparoscopy-assisted total gastrectomy shows better short-term outcomes compared with open total gastrectomy in eligible patients with gastric cancer.

There was a significant reduction of intraoperative blood loss, a reduced risk of postoperative complications, and a shorter hospital stay. Western patients are relatively obese and there is an increased risk of bleeding if lymphadenectomy is performed. LG is technically difficult in the obese than in the normal weight due to reduced visibility, difficulty retracting tissues, dissection plane hindered by adipose tissue, and difficulty with anastomosis. Open gastrectomy is thus preferable for the obese. However, obesity is not a risk factor for survival of patients but it is independently predictive of postoperative complications. Careful approach is being needed, especially for male patients with high body mass index.

Robotic surgery will become an additional option in minimally invasive surgery. The importance of performing effective extended lymph node dissection may provide the advantage of using robotic systems. Such developments will improve the quality of life of patients following gastric cancer surgery. A multicenter study with a large number of patients is needed to compare the safety, efficacy, value (efficacy/cost ratio) as well as the long-term outcomes of robotic surgery, traditional laparoscopy, and the open approach. Organ specialization and case load have been a big issue during recent years and for most cancers a direct relation between high volume and a better outcome has been demonstrated by reviewing the recent literature. Concentration in clinics of high-risk procedures with a certain volume (procedures such as esophagectomy, pancreatectomy and hepatic resection) might prevent many postoperative deaths per year. Also, other procedures such as thyroidectomy and colon resections have shown the same tendency to a lesser extent. Reduction of postoperative mortality by 5% is in general as effective as toxic adjuvant treatment and should have high priority in achieving the highest quality in cancer surgery.

Not only can a reduction in morbidity and mortality be achieved but also a better functional and even financial outcome is possible. Sometimes too much attention has been focused on numbers per year, since even smaller hospitals with dedicated teams can achieve good results. It is very likely that not only volume but also training and specialization result in a better outcome. The setting of an absolute number of cases is not very productive and diverts attention from organized multidisciplinary mee-tings, appropriate infrastructure and availability of modern techniques.

The focus of interest should be directed more towards analyzing and optimizing the whole process of diagnosis and treatment, since this whole process can put the patient at severe risk, especially during the in-patient period. Avoidance of mistakes has received a lot of attention during recent years. It has resulted in interest in patient safety as a concept. Since the publication of the report To Err is Human issued by the Institute of Medicine the approach to errors has changed. 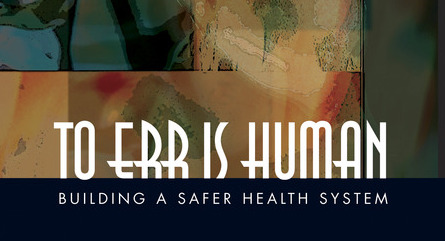 Individuals can make mistakes but a system approach concentrates on the conditions under which individuals work and tries to build defenses to overt or mitigate the effects of mistakes. This is very well visualized by the Swiss cheese model. Several layers of defense, each with its own holes, are put around a procedure. Both active failures and latent conditions cause holes in each layer. The usual way of thinking is to close the holes in the last layer of defense; however, redesigning the process and the closing of a hole in a much earlier layer will probably be more effective.

Root cause analysis is the way to go back in the process and try to identify weak points in the procedure. A good example is the incorrect position of a colostomy after an abdominoperineal resection. It is easy to blame the resident for not selecting the correct position during surgery or even marking the wrong spot the day before the operation. A better solution would be either proper training of the junior or having the right spot tattooed during the outpatient clinic by a stoma therapist.

Marking of the correct part and site of the body has become a safety measure and the patient should be instructed to ask for this procedure for there own safety. It is important to get rid of the ‘blame and shame’ culture and introduce a more open environment in which it is possible to report on near misses and mistakes. The safety climate in a surgical department can be measured in a validated way and is an essential part of a culture in which patient safety can flourish. Reduction of complications in the direct postoperative period after a surgical procedure has many aspects not related to the cancer surgery itself, but to the invasive nature of the intervention.

Great attention to every detail during the preoperative work-up and clinical period may result in the reduction of adverse events. This is what is termed ‘the first time at risk’ above. There are also examples of actions in optimizing results that are more cancer specific. For instance the use of techniques stimulating wound healing after an abdominoperineal resection such as an omentoplasty or rectal abdominis flap may prevent a delay in adjuvant systemic treatment for rectal cancer.

Careful attention towards wound healing in sarcoma will avoid postponement of the necessary adjuvant radiotherapy. Omitting a computer scan with iodine-containing contrast in the diagnostic work-up for a thyroid cancer makes postoperative radioactive treatment with iodine possible earlier resulting in a possible better outcome. Harvesting a sufficient number of lymph nodes in colon cancer may avoid discussions about the indication for adjuvant chemotherapy.

Most of the examples for patient safety in the clinical period are in relation to optimal use of multimodality treatment or to effects of surgery in general. Sometimes there has to be a balanced risk of the acceptance with a more extensive surgical procedure of a higher morbidity to achieve a better long-term cancer result. The reverse is also possible when a good short-term outcome of a local excision in rectal cancer has to be counterbalanced by a higher local recurrence rate. Quality assurance for all the participating disciplines (both diagnostic and therapeutic) is a key element in the set up of clinical prospective randomized trials. 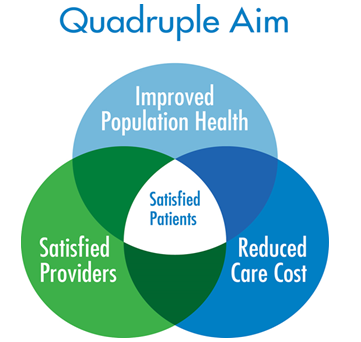